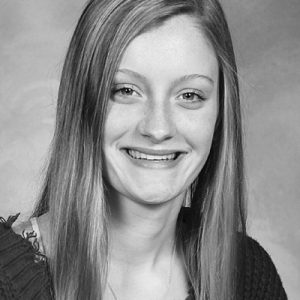 Flieg recorded a throw of 41.95 meters for a silver medal in the women’s javelin throw at the Amateur Athletic Union Junior Olympics at Humble High School, which is a suburb of Houston.

Ariel Pedigo, a scholastic thrower from Louisiana who has committed to the University of Oklahoma, was the winner with a mark of 143-5.

Shelby Sogaard, of Shawnee Mission Northwest High School in Kansas, was third with a mark of 41.59m.

Sogaard is entering her senior year of high school.

Rounding out the top-five were Olivia Norris from Fishers, Ind. (130-10, ) and Arianna White of Saint Rose, La. (129-6) — with both uncommitted on the collegiate level.

The national record in javelin remains 158-4, by Avionne Allgood, who graduated from Oklahoma in the mid-2010s.

Flieg has spent the summer competing for a track and field team based in Jefferson County — participating in meets in Oregon, Florida and here in Texas.

Last winter, Flieg signed an NCAA National Letter of Intent to throw for Division I Southeast Missouri State University, and she reports to the Cape Girardeau campus later this month.