The versitile St.Louis cover band Trixie Delight will be the next to last highlighter of the 2021 Ste. Genevieve Chamber of Commerce Summer Music Series at the Orris.

The group covers his from the 1970s, into the 21st century, with Kelly Wild as lead vocalist and verstile Clint Wilson on guitar. It also features Steve Bunck on drums and George Poysos on bass.

According to their website, the band plays everything from the Doors to Adele.

Last Friday night, Stone in Love rocked the Orris with its spirited rendition of Jourmey hits that had several couples dancing during teh slower numbers.

The Herald continues to raffle off two tickets to each concert. 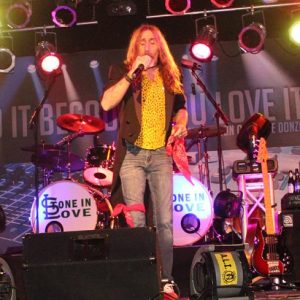