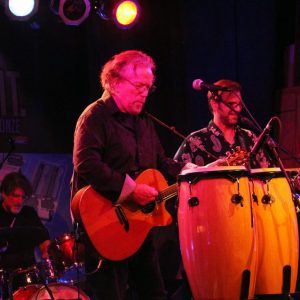 Stone in Love is familiar to local music fans. The Journey tribute band returns this Friday night as part of the Ste. Genevieve Chamber of Commerce Summer Music Series at the Orris.

Last Friday night, Anthology, an Allman Brothers tribute band, was on stage, after the series took a week off  for the holiday on July 2.

Stone in Love was formed on April 1, 2007. According to its Facebook page, it was playing to audiences of more than 7,000 within two years.

“It didn’t take long for Stone in Love to become one of the premier tribute acts in the mid-west,” the page said.

The band is credited with giving an excellent rendition of Journey’s stirring hits.

“Stone In Love-Journey tribute performs faithful renditions of classic hits from one of the most beloved rock groups of all time,” the groups website proclaimed. “They deliver a  high-energy performance that showcases all the hallmarks of the Journey sound – soaring lead vocals, lush four-part harmonies, signature guitar licks, fat keyboards, and driving rhythms – on legendary hits known the world over.”

While they are extremely popular in the Midwest, they also take their act on the road all over the country.