Homer “Larry” Garrett,  age 65, of Herculaneum, Missouri passed away Friday, July 2, 2021 at Mercy Hospital St. Louis in Creve Coeur, Missouri. He was born May 27, 1956 in Poplar Bluff, Missouri, the son of the late Shirley (McKinley) and Homer L. Garrett Sr. 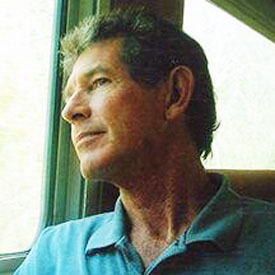 In addition to his parents, he is preceded in death by a step-son Nicholas McKlin.

Larry attended the Spartan School of Aeronautics in Tulsa, OK and completed course studies in Industrial Inspection and Technologies in 1979. Larry worked at the Air Force Base in Utah and also worked at Morton Thiokol (space shuttle company) Then he returned to Missouri and went to work at St. Louis Testing Laboratories, Inc. as a Nondestructive Technician from 1990-2016. Larry’s interests were guitars, nature programs, and his motorcycle.

Memorial Gathering 12:00 PM until 2:00 PM, followed immediately by the Memorial Service, Saturday, July 17, 2021 at Vineyard Funeral Home in Festus, Missouri officiated by Bro. George Compton of 1st Baptist Church of Pevely/Herculaneum. Memorials in his memory are preferred to the American Heart Association or Masses at Sacred Heart Parish in Crystal City, MO.