“Valle didn’t have golf,” Dunlap said. “But, when I was a sophomore in high school, this was another sport I picked up. And I’ve taken it more seriously after I graduated.”

Dunlap said even though Valle didn’t provide golf, he’s not looking at it as a competitive disadvantage. 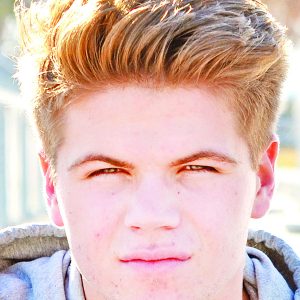 At Valle Catholic, Dunlap excelled in both football and basketball and he also played for the Warrior’s baseball team.

The 2020 graduate quarterbacked Valle Catholic to the Class 1 state championship. He was a shooting guard and swing forward during basketball season.

During his standout scholastic career, Dunlap was a third-team all-state selection in football as a senior. Chase was named all-district and all-Mineral Area Activities Association in basketball. He’s used to success.

After spending a semester at the University of Missouri, Dunlap chose to be closer to home — enrolling at MAC this past spring.

Dunlap said he will be taking basic business courses, with the hopes of one day earning a degree in either project management or business/marketing.

The golf program at MAC is highly successful, and it begins with how much the Cardinals practice.

Weight room workouts begin at 6 a.m. every day while school is in session. Then the players hit the links at Crown Pointe Golf Club and Resort for practice.