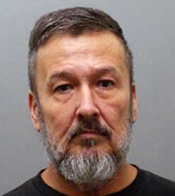 He was preceded in death by Father, James Moon; Mother, Phyllis (Clayton) Moon.