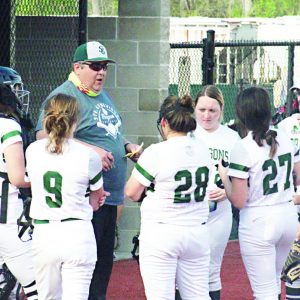 Ste. Genevieve R-II School District employee Russell Toombs has been a longtime fixture in the coaching ranks here, since 1998-99 in fact.

However, that’s about to change.

Toombs has announced his resignation, which was accepted by the board of education during its May regular meeting, from coaching.

This has been an incredible 26-year journey for Toombs, which began at Lilbourn and Matthews Middle Schools in the New Madrid County Central district.

Like here at Ste. Genevieve, you needed a program to figure out what sports Toombs was coaching at New Madrid — ranging from middle school football to high school freshman boys’ basketball and junior varsity track and field.

So, why did Toombs leave New Madrid and come to Ste. Genevieve?

It starts, and ends, with former Ste. Genevieve High School principal Dan Clark — who was in charge at Potosi while Russell was a student there.

“New Madrid County Central and Ste. Genevieve met in the football playoffs, and Danny asked what I was doing next year,” Toombs recalled. “They had a math teaching position open, so I interviewed.”

Toombs said he was asked to become an assistant basketball coach and head middle school track and field coach at the time.

He spent nearly 20 years with the track and field program before taking over the softball program from Dennis Kreitler. He’s also coached basketball and cross country for various stints.

Verstaility has been at the heart of Toombs’ success here in Ste. Genevieve.

“To have a coach as versatile as Russ is very important for athletic programs,” said Ste. Genvieve athletic director Dr. Jeff Nix, “especially because of his ability to connect with kids.”

Toombs admitted he doesn’t consider himself much of an X’s and O’s type of coach, but that’s not what drove his ability to succeed in mentoring student-athletes.

“I am a better motivator of kids, and that’s the reason why I’ve been able to catch on to any program,” Toombs said.

With the Dragon track and field program, Toombs specialty was serving primarily as the jumps coach.

After teaching math, Toombs eventually transitioned into his current role: 12th-grade guidance counselor. In the state of Missouri, oftentimes, guidance counselors handle a specific grade rather than an alphabetized portion of the student body.

Being a senior-level counselor isn’t easy.

Toombs helps seniors with filling out college applications, steering them through graduation requirements and assisting them with the scholarship process.