Ralph Anthony Mueller of Ste. Genevieve passed away on June 10, 2021 at the age of 88.  He was born in Zell, Missouri on November 18, 1932 to the late Francis Joseph Mueller and Louise (Pfaff) Mueller.  In addition to his parents he was preceded in death by his wife Bernice (Huber) Mueller and his brother, Carl Mueller. 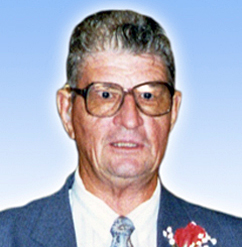 Ralph attended St. Joseph’s School in Zell and then went to work at Mississippi Lime at a young age before going to work for the Forestry Department.  He also worked for Brickey’s Quarry in Bloomsdale and he helped build the lakes at Rocky Ridge and Lake Seven Falls.    Ralph worked in explosives also and became quite an expert in that area.    He retired from working for Lake Forest Estates where he was in charge of the lake development.  While there he was a member of the Lake Forest volunteer fire department.  In his spare time Ralph enjoyed fishing, tinkering, game shows and old westerns.

Survivors include his son, Mark (Tinea) Mueller of Farmington; grandchildren, Kelsey and Stefani; and his great granddaughter, Blair.