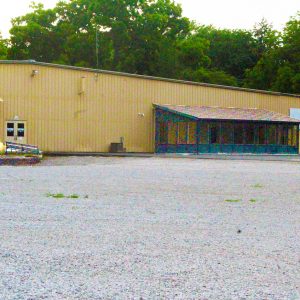 The former BiltBest/Lucent factory site is slowly, but surely, once again becoming a hub of activity.

The building has a checkered past. The BiltBest window company moved into the building in 1955. Employing nearly 400 people at one time, the firm had been sold several times since the 1970s and was in dire financial straits by the time the building was sold at public auction in December 2010.

Lucent Door & Window had a grand opening in December 2013. The facility has a lot going for it, including its own destination point for shipping.

However,  the facility was auctioned off on the courthouse steps for a second time in five years in July 2015 and has been only partially occupied since.

The Ste. Genevieve Board of Aldermen discussed a pair of topics related to the Lucent factory, which is located on 10th Street, during a 20-minute work session on June 10 inside city hall.

“It was vacant for a long time, and the question was what would be done with the property,” city administrator Happy Welch said in a telephone interview with the Herald last Friday. “It seems like someone has come up with a solution to fill it.”

Welch noted aldermen didn’t take any action on a small strip of land adjacent to the former Lucent factory.

Welch said Hilbert will continue having access, and the road will still be under city maintenance.

Field operations supervisor Gary Roth said he will look into replacing a completely faded stop sign on the road.

The company is involved with pipe fabrication using carbon steel, stainless steel and other exotic alloys.

They also handle structural steel fabrication including for handrails, stairs, ladders and other supports, and 3-D design using Autoplant and CAD platforms.

“It’s a fairly new start-up out of Illinois,” Hilbert said. “They have been there for almost one year.

The company currently employs roughly 14 people, it was reported.

A second tenant is set to move in, Buccheit Cabinet, also which will provide a double-digit amount of jobs in Ste. Genevieve.