Presiding Commissioner Garry Nelson had called, leaving a message that they would like to talk with Collins, concerning recent controversy over National Park Service (NPS) interpretation.

Much discussion has been raised since author Carl Ekberg took out a full-page ad in the June 2 Herald, warning that the NPS intended to portray the community and its history in a negative light, including focus on the controversial Critical Race Theory. 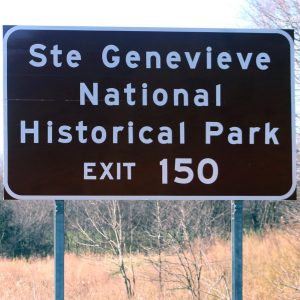 In the ad, Ekberg, author of Colonial Ste. Genevieve: An Adventure on the Mississippi Frontier and several other books about the French and Spanish colonial period in what is now Missouri, had quoted excerpts of what he called “proposed” interpretations.

Collins, however, assured the commissioners that the excerpts were not final proposals, but had come from a two-day partners’ workshop in February facilitated by the NPS Denver Service Center. He said they were “first drafts, not proposals,” and called them “the first of many rewrites.”

One of the paragraphs Ekberg most strongly objected to, and which has stirred up the most concern locally, reads:

“Working together and apart, with and against each other, the diverse people of Ste Genevieve made and consumed goods and commodities which embodied both the opportunities and the inequalities of life in a colonial town with slavery at its center. Through a distinctive regional economic framework, the people of Ste Genevieve connected this place to an emerging global capitalist system in which exploitation and extraction; unequal power and unfree labor determined who benefited.”

“This theme is mostly ‘bad white man’ stuff, with a good dose of neo-Marxism,” Ekberg wrote under this section in his ad.

He also argued that most of those working on the project lack the ideal backgrounds to properly interpret Ste. Genevieve.

“The image of Ste. Genevieve brings in a lot of tourism,” Nelson said. “I just don’t want to see damaging stuff  from whoever puts it out, and controversy. We’ve worked hard to get you here.”

Nelson added that when he saw Ekberg’s warning in the paper and responses to it, “It just about blew my mind.”

Collins said that partners and stakeholders will “help refine” the final interpretation of the park and that a process for honing the final product is ongoing.

Nelson stressed again that the county supports the NPS and noted that part of the reason the commission “pulled the trigger” on making the new  paved parking lot on Market Street was to address anticipated increases in visitors, once the park is fully functioning.

The county had received a notice from the Missouri Department of Public Safety that the courthouse elevator would be shut down if proper inspection documentation was not immediately displayed in the elevator.

Nelson called the Otis Elevator Company to discuss the situation. He spoke to Dale Stolzer, who expressed surprise that the elevator was being threatened over a Manufacturing and Inspection Plan (MIP) folder not being displayed.

“I can’t imagine they would shut it down over a folder,” he said.

Stolzer said he would get a folder to them “in the next couple of days.”