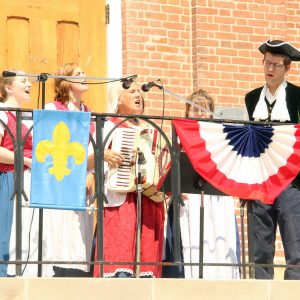 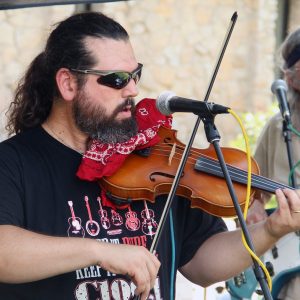 The annual French Heritage Festival, cancelled in 2020 due to the COVID-19 pandemic, was back in full force over the weekend. Crowds were fairly big, despite temperatures in the mid 90s, with high  humidity and no cloud cover much of the day.

Les Petits Chanteurs and the Ste. Genevieve Milice took part as well, along with Marie Antoinette and King Louis XVI. The Grand Promenade down Merchant Street, to Main Street then kicked off the day of activities.

Renowned Cajun fiddle player Dennis Straughmatt performed during the day, along with other live performers. Plenty of reenactors, crafters and others were on hand, along with food and drink vendors.

In addition to the usual activities, The Sainte Genevieve Art Guild held a ribbon-cutting for its new museum and center in the former museum building.