However, that’s exactly what happened during the Missouri State High School Activities Association Class 3 state meet at Adkins Stadium on May 29. 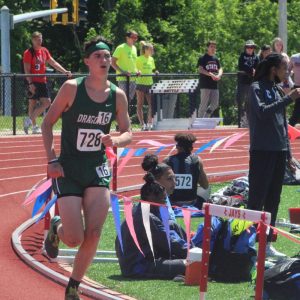 “It was a fast race,” Ste. Genevieve head coach Corey Samples noted. “The kids competed well, and did as well as they could.”

Samples said there were plenty of “fast legs” out there.

Those shiny medals look fine, too.

That was the high point of the day for Ste. Genevieve’s boys, who scored five points and finished in a four-way tie among the team standings — deadlocked with conference rival Park Hills Central, Lutheran South, Oak Grove and Mount Vernon.