“I thought for the board, and for my co-workers, it was nice to see some notoriety for their hard work,” Schilli said. “It let’s them know that their work is not going unnoticed.”

Being a part of an award from Rural Missouri Magazine is nothing new for Schilli, who was on the staff at Bent Creek Golf Course in Jackson when that facility was honored several years ago.

Here’s what Rural Missouri Magazine had to say about Ste. Genevieve G.C.

“What the 6,396-yard, par-72 trac lacks in distance, it more than makes up for it in pine trees lining the fairways,” the magazine said.

Ste. Genevieve G.C. finished only behind Top of the Rock located in Ridgedale. The Watson Nine, based in Maryville, also was mentioned.

The course always is a hotbed of activity, with league playing starting back up in May. 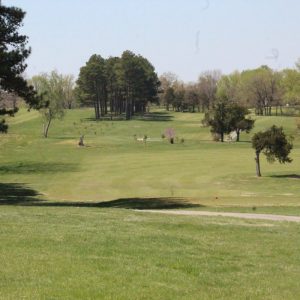 Ladies’ league is set for Monday, with men’s league on Tuesdays and couples Thursdays.

Both Valle Catholic Schools and St. Vincent Schools use the course as a site for alumni tournaments.

What’s more, the Jefferson County Activities Association will have its league meet at Ste. Genevieve G.C. for the third consecutive time in early May.

Schilli said another reason for the golf course’s success is it evolves: with newly constructed bridges on Holes No. 7 and 8. The course also recently purchased a new fairway mower — with its Bermuda grass. Greens and tee boxes are Bentgrass.

The clubhouse features a new roof, a new coat of paint on the walls and new LED lights were installed throughout the facility — brightening the counter, dining area, pro shop and restrooms.

The kitchen also has received a massive upgrade, with a new fryer, dishwasher and hot dog roller.

Keim said what he likes about the course is that the front nine and the back nine are not the same — built during different generations.

“We’re doing something right (at the course),” said Keim, who was permanently elected to the golf board in November 2020.

“As a board member, I’m tickled to see this,” Keim continued. “It was a surprise (when I found out). The course is something we are all proud of.”

Keim complimented Schilli for his ability to keep growing the game by attracting new golfers to the course which includes the summer junior clinics — and for keeping the facility in top-notch condition.

The front nine, as Keim noted, plays longer than the back nine. The front side also contains bigger greens.

Accuracy is a must on the back nine, which includes towering, native trees, tight fairways and tiny, manicured greens.