Ste. Genevieve freshman Mason Nix scored the game-winning run on Friday as the Dragons bounced back to beat Sikeston, 3-2, at Yanks Field.

Pitcher Nathan Selby kept Sikeston at bay, allowing two earned runs on four hits — including a home run that deadlocked the score at 2-all — while recording three strikeouts and allowing three walks.

Selby went the entire distance in picking up the win, throwing 82 pitches.

Carter Klump produced two RBI while Aiden Boyer was the lone Dragon with a multiple-hit game. 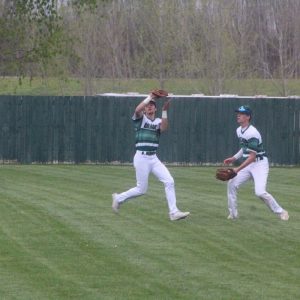 Nix advanced to third on a Klump groundout, and he moved to second on a Zach Boyer walk. Mason was a courtesy runner for Hunter Lorance, who also drew a base on balls.

Zach Boyer and Nix both pushed across runs in the third when Sikeston committed one of its two errors in the contest.

In Thursday’s 2-1 loss to Park Hills Central, Zach Boyer scored the Dragons’ lone run on an Andrew Glassey single. Chaytin Lea drew a walk, and those three were the only base runners for Ste. Genevieve.

The Rebels and Dragons played a fine pitcher’s duel.

However, Central’s Casen Murphy was just a bit better — striking out four and walking just one in a 67-pitch performance with 45 strikes.

All of the runs were scored during the opening inning.