The one municipal election being contested in the county was a close one. 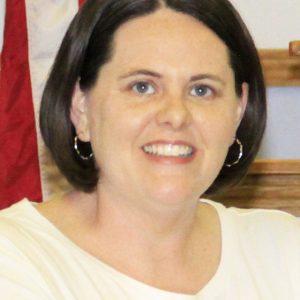 Michael “Buck” Jokerst was unopposed for reelection in Ward 2, as were Mike Raney in Ward 3 and Ashley Armbruster in Ward 4. Mayor Paul Hassler also ran unopposed for a third term.

Both Bloomsdale and St. Mary, meanwhile, overwhelmingly passed propositions to allow them to forgo elections any time there are no more candidates filed than positions open. This follows a recent state statute, which allow cities to avoid the expense of unnecessary elections.

This year, neither St. Mary nor Bloomsdale would have had to hold an election, had the ordinance already been in place.

SIDEWALKS WILL BE ADDRESSED SOON

The Johnson-Dobbs race, while the only contested one, was close. Johnson now enters her second term.

“I’m excited I will be able to continue to represent the residents of Ward 1 for the next two years,” she said. “The board has been involved in several decisions impacting the future of the city and I hope we continue to make progress for the foreseeable future. I also look forward to continuing to work with our hard-working city staff.”

During the election, both candidates addressed the issue of crime within the ward. Dobbs, meanwhile, made the expansion and improvement of sidewalks a signature campaign issue. She cited the need for children to be able to safely walk from one location to another as important.

After the election, Johnson wished to assure Dobbs’ supporters that the issue is on her RADAR and others’, as well. She noted that Ward 4 Alderwoman Ashley Armbruster has been working on the issue.

“Alderwoman Armbruster has been researching this topic extensively and she and I have had a couple conversations about sidewalks in recent weeks,” Johnson said. “We plan to meet this weekend to discuss the information she has found and I hope we can make some progress in this area soon. But like all large projects, it will take some time.”