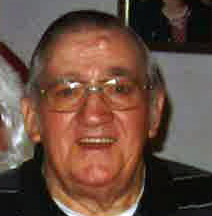 He is survived by his wife, his son Charles (Kim) of French Village and daughter Tamara Gegg La Plume (Rich) from St. Louis.

He was preceded in death by sons Mark and Jeff, his father Joseph and mother Elizabeth, brothers Oliver, Martin, Welton and Francis, and his father-in-law Edward Klein and mother-in-law Mary Klein.

He was employed at Mississippi Lime Company for 48 years. He was a member of American Legion Post 150. He was also a member of Saints Philip & James Parish.

He was a loving husband, father and friend to all.

In lieu of flowers, donation may be made to Muscular Dystrophy Association or to Saints Philip & James Parish.