That was the message Ward 3 Alderman Mike Raney shared during discussions on Phase One of the forthcoming police department/city hall renovation project.

For the past two years, elected officials and city leaders have deliberated about the project while material costs have skyrocketed.

As Ste. Genevieve city administrator Happy Welch noted in a memorandum to the aldermen, the original bid dated from March 2019 for remodeling the entire building was $377,000. 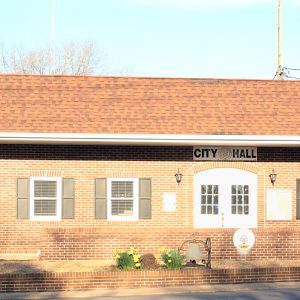 The city had budgeted $261,000 for Phase One, which will essentially modernize the police department.

However, all three of the lowest bids the city received during opening on Thursday, March 18, were over that budgeted amount.

The lowest bid was from Legacy Contracting Group, based in Fenton, at a cost of $312,000 for 17 weeks of work.

However, Ward 1 Alderman Gary Smith made a motion to recommend Ste. Genevieve’s own Donze Construction, Inc., do the work.

Donze’s bid wasn’t much more than the one Legacy presented, coming in at a cost of $313,453 with a 12-week timetable.

Earlier during the meeting, businessman Joe Rozier, owner of The Mattress Store on Third Street, implored the board of aldermen to choose the local contractor.

Overall, eight contractors bid on the project, with the third-lowest bid coming from Kiefner Brothers from Cape Girardeau ($444,000) for a 20 weeks of work from start to completion.

Ward 2 Alderman Bob Donovan was hesitant to accept any bids, especially noting his background in the hardware business. He also showed continued concern on the cost of engineering fees.

However, the general consensus was to get moving on the project.

“I think all the parties involved want to get this going,” Welch noted.

Welch said there are two ways the city can reduce the cost of the project, with one called “value engineering” in which the contractor or subcontractor can come back a lower price. The city may also look into possible grants to cover costs.

Even the use of pex pipe, instead of copper piping that was part of the original plan two years ago, didn’t have much of an impact on costs.

Pex pipe is a flexible, freeze-resistant type of pipe becoming more common in both residential and commercial installations.

Once renovations begin, field operations supervisor Gary Roth offered the police department use of the park house inside Pere Marquette Park as a “temporary headquarters.”

Ste. Genevieve police chief Eric Bennett told the board, police officers also will be able to work from their vehicles. One concern is ensuring a secure area for evidence.

During the remodeling project, existing walls and flooring will be replaced. New data terminals will be installed for the department’s new computer system.

Three bathrooms will be constructed, including two for public use, plus a hallway and new entry point into the city hall meeting room.

Bennett and assistant police chief Jason Crump both will have self-contained offices, along with separate offices for the corporal and sergeant. There also will be a squad room, new evidence room and closets for utilities and computer servers.

Welch said the remodeling project will come before the board of aldermen as a bill at either the April 8 or April 22 regularly scheduled meeting.

In Bennett’s monthly report to the board, the Ste. Genevieve Police Department responded to 303 calls for service in February 2021.

He also wrote adjoining St. Francois County is working on a new Push-to-Talk feature which will allow for better communication from dispatch to officers even in poor reception areas.