Ultra marathons are footraces longer than the typical 26-mile, 385-yard competition — either covering a specified distance such as 100 miles or route or for a predetermined period of time.

Cox said his main goal as the new Dragons coach is to convey his love of distance running to the middle school athletes.

So far, Cox is enjoying the experience as a first-time coach — he was named to the position at the February school board meeting. He replaced Corey Samples, who was elevated to head high school boys’ coach. 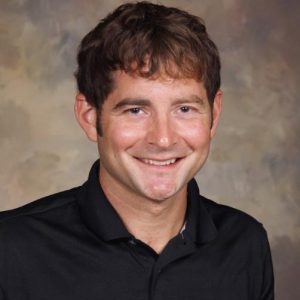 “I’m really enjoying it,” Cox said. “The kids are trying hard. I was nervous with how I was going to interact with middle school kids. But, it’s been easy.”

While at North County, Cox specialized in the 800- and 1,600-meter runs, and he also was part of the Raider cross country program.

He went on to earn bachelor’s degrees in both elementary education and special education from Missouri Baptist University in Creve Couer.

In the Ste. Genevieve R-II School District, Cox has been employed for the past six years as a special education teacher at Ste. Genevieve Elementary School. He also worked in his alma mater’s district, North County.

Running is an obsession for Cox, sometimes to the point his ankles hurt.

“I’m all about the training, mental toughness and nutrition when it comes to running,” Cox noted.

He hopes to help the middle school athletes realize that running can be a rewarding, lifetime sport.

Cox moved from Festus to Ste. Genevieve County, near Coffman, because he was enamored by the scenic running trails that wind all over the place here. He considers Hawn State Park the best in the state, and a top-notch location to train.

Overall, he has competed in several ultra marathons — with a career-best time of 23 hours, 40 minutes.

There are plenty of races in nearby locations such as Bunker and over in Illinois.

Cox is married to wife, Michele; she is a nurse practitioner in Cape Girardeau.

SGMS will have an open meet on Monday before the Dragons compete at the Festus Early Bird Invitational on Friday, March 26. The team has seven regular-season meets, and split grade-specific conference events.

Ste. Genevieve High School will have its winter sports recognition ceremony at 6 p.m. tonight in the R-II Performing Arts Center.

Due to COVID-19 (coronavirus), and like the fall events, there will be no banquet.

Coaches will be on the stage, and parents and athletes will be seated in the bowl.