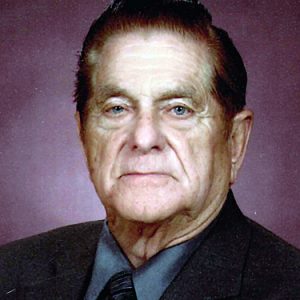 Richard Carroll “Dick” Fischer, age 85, of Festus, Missouri, passed away Saturday, March 6, 2021 at Mercy Hospital Jefferson in Festus.  He was born May 9, 1935 in Linn, Missouri, the son of the late Louise (nee Brock) and William Brian Fischer.

He was carpenter, cattle farmer, and retired from the former Crystal City PPG glass plant where he had worked in the box shop and, was a batch house operator.  He was a long-time member and served as an elder for over 50 years at Grace Presbyterian Church in Crystal City; was a member and past master of the Blackwell Masonic Lodge; and was the final founding member of the Jefferson County Saddle Club.

Visitation 4:00 P.M. to 8:00 P.M. Thursday, March 11, 2021 at Vinyard Funeral Home in Festus.  Visitation from 9:00 A.M. until the time of funeral services at 10:00 A.M. Friday, March 12, 2021 at Grace Presbyterian Church, officiated by Pastor Vicky Michaels.  Interment in Danby Cemetery in Danby, Missouri.  Memorials in Dick’s memory are preferred to the Friends of The Fountain fund at Grace Presbyterian Church.