She was born September 17, 1930 in Staunton, IL, daughter of William Jacobs and Mary Ellen (Pedrotte) Jacobs.

Dorothy was married to Herman Martinelli on November 11, 1950 at St. Michaels Catholic Church in Staunton, IL.  The couple recently had celebrated their 70th wedding anniversary.  She loved spending time with her family and never missed an opportunity to take off on an adventure with them.  She loved to travel and did extensively, travelling to all 50 states, Europe, and Australia.  She will be greatly missed by friends and family. 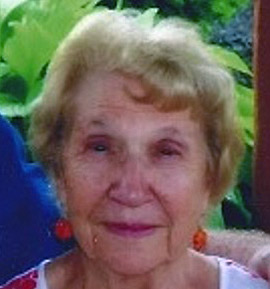