“We are the most northern team in our district,” Bauman noted. “District 4 has Crystal City and teams from St. Louis. I would’ve liked being in that district.” 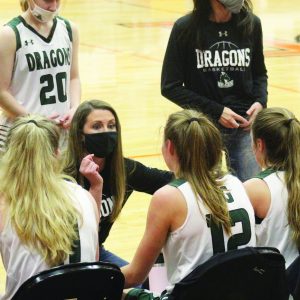 Bauman said there’s no clear cut favorite in Class 2, District 4, which features Crystal City — and the like — however that can’t be said in Class 2 District 3 where Valle Catholic was placed.

Oran is expected to be the top team in District 3, according to Bauman.

Other schools assigned to Class 2 District 3 are Advance, Meadow Heights, Puxico and St. Vincent of Perryville.

“Oran is definitely the strongest team in our district and will get the No. 1 seed,” Bauman said. “They will be hosting the tournament as well.”

Bauman said the Warriors match up well with the rest of the field, with the likely chance Valle Catholic (7-11 record) could be seeded as high as third.

Oran currently stands at 9-3, with its only losses to Delta, Class 6 Jackson and powerhouse Central of Park Hills — with the Rebels coming out on top 53-40 on Jan. 16.

District 2 could be considered a glorified version of the Mineral Area Activities Association’s Large School Division.