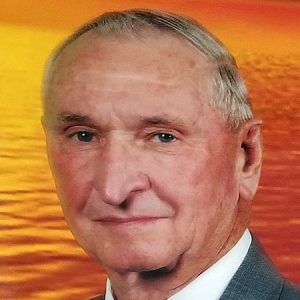 In addition to his parents he is preceded in death by his brother Samuel L. “Sam” (the late Becky) Noce; and a grandson Jonathan Thomas (Megan survives) Noce.

Bill was a life-long farmer and Bank Director at Bloomsdale Bank.  He was a member of the Shekinah Masonic Lodge in Crystal City, Missouri; and active with 4H, Cub Scouts, Boy Scouts, and the Royal Ranger programs.  He did mission work in Haiti, Guatemala, Mexico, and the Cherokee Nation, where he was an honorary member.  He was an avid hunter, and loved trout fishing. He enjoyed spending time in his woodworking shop and making gifts for his family and friends. He also enjoyed driving his Gator around his property with his dog Dobie.

Private family services with interment in Presbyterian/Methodist Cemetery in Festus.  In lieu of flowers, memorials are preferred to the Jefferson County division of Backstoppers Inc.