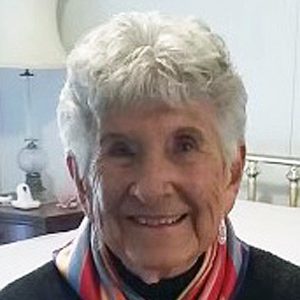 In addition to her husband, she was preceded in death  by her father, James Raymond McDaniel; her mother, Irene McDaniel; and brother, Bill McDaniel.

The Clergy was Rev. Steve Mathews.

Burial was at Crestlawn Cemetery in Ste. Genevieve.

Memorials can be made to First Presbyterian Church of Ste. Genevieve.

She was a member of Order of Eastern Star, First Presbyterian Church of Ste. Genevieve and Ste. Genevieve Golf Club. Dorothy will be remembered as a kind and loving soul. She grew up on a big farm in St. Mary, MO, and was country through and through. Her love for her children, grandchildren, and great grandchildren was evident in her face with visits from them all. Dorothy’s first love was country music with songs especially from Loretta Lynn. She played in a country band and loved singing and playing guitar. Dorothy spent the last five years of her life at the Ste. Genevieve Care Center where she sang karaoke for all the other residents. She will be fondly remembered for her cooking. Her specialties included milk soup and blackberry dumplings. “Grandma Dot” will be missed by so many and will never be forgotten in our hearts.