Glenda Mae (Dunn) Johnson, age 94, of Westerville, Ohio, passed away December 24, 2020. Glenda was formerly a long-time resident of Affton, Missouri, where she was active in Moolah Shriner’s Temple Club.

She was born June 16, 1926, in Advance, Missouri. She was preceded in death by her husband Robert Raymond Johnson and son Keith Brian Johnson. 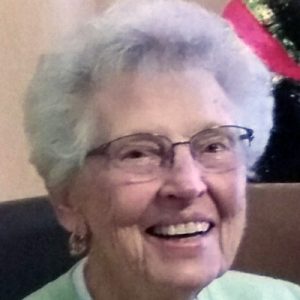 The family would like to thank the staff at Parkside Village and St. Ann’s Hospital for their care.

A service will be held at Jefferson Barracks National Cemetery, St. Louis, Missouri, at a later date.

Donations can be made to Serenity Hospice. Arrangements with Spence-Miller Funeral Home Grove City, Ohio, with online guestbook at www.spencemillerfuneralhome.com.