Gerald “Jerry” Wolk, 77, of Leavenworth, Kansas, passed away Dec. 9, 2020, at Advent Health Shawnee Mission, surrounded by his family. He was born April 11,1943, at his grandmother’s house in Weingarten, the son of August and Arlene Wolk.

Jerry grew up on the family farm in Weingarten. He graduated from Ste. Genevieve High School in the Class of 1961, where he played football as co-captain and held a record in track for many years. After a short time working, he joined the military at Fort Leonard Wood, Missouri, for basic training and then went to Fort Rucker, Alabama, to do helicopter maintenance. After this he was transferred to Fort Leavenworth, where he was an aide to the general. The general valued his dedication so much, he requested him to stay at Fort Leavenworth, while most of his buddies went to Vietnam for the war. 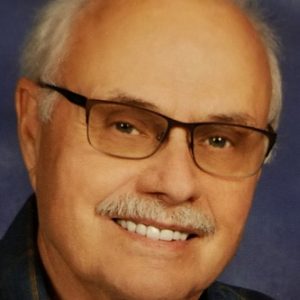 It was during this time of service that he met his future bride, Sylvia Simanowitz. They were married in July of 1964. Once Jerry and Sylvia started a family, they decided they wanted to settle in Leavenworth and he decided not to re-enlist. At this time he began his 30-year career in the telecom industry as a cable repairman and locator for Southwestern Bell. He was a member of the Telephone Pioneers for many years. In Jerry’s younger years he participated in motocross and hill climbing. As he got older he liked riding ATVs in the mountains with his friend, Steve. Jerry and his family always enjoyed traveling, camping, hiking and vacationing every year to enjoy nature‘s beauty. He had a life-long passion for photography. He loved watching his grandchildren participate in various activities from dance, to sports, to music. Always keeping ties to his hometown, Jerry tracked down a slice of a meteorite that fell in in Ste. Genevieve County in 1888. After purchasing it from the collectors in Germany, he donated it to the Ste. Genevieve Museum where it could be permanently on display.

Visitation beginning with praying of the rosary was held Thursday, Dec. 17, 2020, at the R.L. Leintz Funeral Home. Mass of Christian Burial was held at 10 a.m., Friday, Dec. 18, 2020 at Sacred Heart Church. Burial followed at Mt. Calvary Cemetery. Memorial contributions may be made to the KU Alzheimer’s Disease Center.