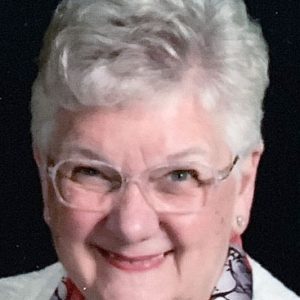 She met Karl J. Daubel while in Valle High School and they married on August 15, 1959, at the Church of Ste. Genevieve.  Shirley was a devoted military wife, supporting Karl throughout his Army career, moving around the world and making every new posting a home for them and their four children, and being involved in the military communities.  They eventually retired in Chesterfield, Missouri.

Shirley was a wonderful mother to her four children; joining them in their scouting, school and church activities when they were young; traveling for vacations as they became adults.  She set a wonderful example of what a good spouse and parent should be.

Shirley was actively involved throughout her life in her church and community, such as Knights of Columbus Women’s Auxiliary, Welcome Club, genealogy groups, bowling leagues, casual dining and card groups.

Shirley is survived by her husband, Karl J. Daubel (Sr.); her children, Karl J. Daubel, Jr. and wife Michele, Catherine L. (Cathy) Boeckman and husband David, Elizabeth A. (Beth) Daubel, and Andrew J. (Andy) Daubel; her grandsons Derek, James and Andrew Boeckman; her siblings Clarence Uding and Robert Uding; and her many nephews and nieces. She was preceded in death by her parents, and her siblings Marie (Uding) Rose, Dolores (Uding) Koetting and Francis Uding. All of these she loved and touched deeply.

Funeral and memorial arrangements pending due to COVID restrictions.

In lieu of flowers, donations may be made to Valle Catholic Schools Foundation, 40 North 4th St., Ste. Genevieve, MO 63670.