Francis D. Kreitler of Ste.Genevieve died Thursday, December 10, 2020  at his home in Ste. Genevieve. He was 89 years old. 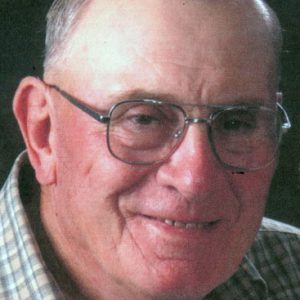 Services will be private.

Memorials can be made to Serenity Hospice or St. Joseph Parish in Zell.

For 43 years Francis’ duties at Mississippi Lime Company included using his skills as an expert carpenter. He was fondly referred to as “Pop” by his friends and co-workers. With a keen eye and an unmatched attention to detail, Francis worked with his hands throughout his life building furniture, cabinetry, and working in construction. He used these skills to provide for his family.

During his retirement Francis owned a tool sharpening business and valued the relationships he developed with his many customers. In his free time, Francis enjoyed evenings out socializing with friends and dancing the waltz with his wife, Rosemary.

Francis’ family and friends knew him as humble, kind, and gracious. Francis was also known for his quiet humor and soft spoken wit. His religion and his relationship with his wife and family were the most important to him. He will be remembered as a beloved husband, father, grandfather, and great-grandfather with gentle hands and a kind, soft smile.