Mildred F. “Millie” McClanahan, age 87, of Festus, Missouri died Nov. 24, 2020 at Mercy Hospital Jefferson in Festus. Mrs. McClanahan was, for 35 years, the owner/operator of Shopper’s Market (now Mary’s Market) in Bloomsdale where a lot of kids received free hugs when they came into “Millie’s Store.” After retirement, she delivered Meals-on-Wheels in the Festus area for 10 years. She was devoted to her church, her family and her dear friends and spent years praying for all of us during her Thursday morning hour of adoration. She enjoyed bowling and hitting fly balls and grounders to her kids and the neighborhood kids in the field behind her house. She was born Nov. 7, 1933 in Crystal City to Henry and Martha (Schwent) Jokerst. She was married to Roger L. McClanahan on April 14, 1956 until his death on July 19, 1977. 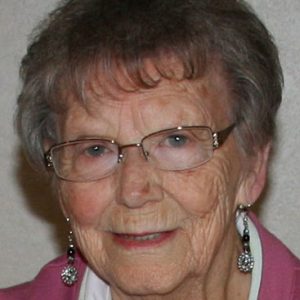 Memorials may be made to the St. Vincent DePaul food pantries at Sacred Heart Church, Crystal City or St. Agnes Church, Bloomsdale or in the form of Masses.