Austin F. Vaeth Jr. 67 years old passed away peacefully at his home on Sat. November 28, 2020, surrounded by his loving wife, children and grandchildren.

He was born January 25, 1953 in Perryville, Missouri and was married to Sandra (Mueller) Vaeth on October 8, 1977. She survives him in Ste. Genevieve. 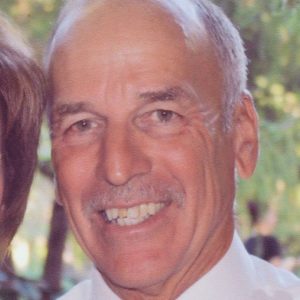 He was preceded in death by his father, Austin F. Vaeth, Sr.; his mother, Laverne R (Roth) Vaeth; and brother-in-law, Michael Schmidt.

Austin loved spending time with his family and friends. He was an avid outdoorsman, who had a deep respect for nature and loved hunting, especially archery. One of his greatest impact’s was how he patiently and humbly shared his vast knowledge to the younger members of our family and friends. We rest assured that a part of Austin will remain in everyone who had the pleasure of knowing him. As one of his very good friends stated, “simply put, Austin was a great man, great husband, dad, papa and friend. He was the kind of guy you hoped your kids would grow up to be like. He was a guy who gave respect and was greatly respected.”

Austin will be deeply missed by all who knew him. He would want everyone to know that even though his life ended way too soon, he was prepared to meet his Lord and Savior. Austin maintained a selfless attitude during his illness and continually displayed more concern for his loved ones than himself. He taught others by his humble and selfless example each and every day throughout his journey how to be a true servant of our Almighty God.

Burial was at St. Joseph Cemetery in Zell.

Memorials can be made to Serenity Hospice Care or St. Joseph Church, Zell to be used for a parish project.

He was a member of Knights of Columbus 1037.