Patricia “Joann” Mell of Farmington, passed away on November 14, 2020 at her residence at the age of 83. She was born on August 31, 1937 in St. Louis to the late Cecil and Fern (Link) Francis. In addition to her parents, she was preceded in death by her daughter, Margaret Ann “Pee Wee” Stark, her siblings, Cecil Francis, Shirley Pribble, and Nova “June” Henderson, and a brother in law, Joseph Henderson. 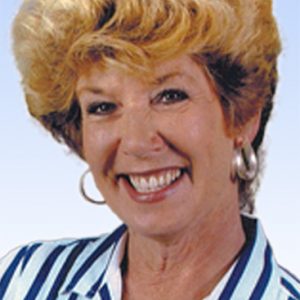 Joann was a salesperson in the insurance, real estate, and auto industry. She worked for AAA for 33 years, where she was a district manager. She was a former long time member of Calvary Temple in Fredericktown and current member of the Open Heart Assembly in Farmington. She enjoyed playing bingo, painting, tending to her rose garden, visiting with her Ben Nor friends, and spending time with her family especially her grandchildren. She will be fondly remembered and dearly missed by all who knew and loved her.

A visitation will be held on Saturday, November 21 from 4 p.m. until time of service at 7 p.m. at Cozean Memorial Chapel officiated by Pastor Kevin Davis. Private internment at Hillview Memorial Gardens. Memorial donations, if desired, may be made to the Leukemia and Lymphoma Society, 1972 Innerbelt Business Center Drive, St Louis, MO 63114. View the video tribute, the online obituary and share your condolences at cozeanfuneralhome.com.