He was born to the late Albert and Flossie (Ball) Wiegard on September 30, 1938 in Modoc, Illinois. In addition to his parents, he was preceded in death by his sister Emogene Schwartz and brothers Ralph, Butch and Donnie. 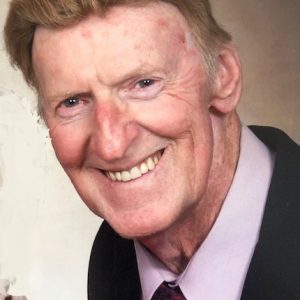 He married Alouise Lurk on October 31,1959 at the Church of Ste Genevieve and she survives of Evansville.

Bill was an active parishoner of St Leo’s Catholic Church his entire life.

Bill was a local business owner and started a Sealtest Milk & Ice cream route at 16 years old and retired in 1987 after 33 years. After retirement, he worked for Dehne bus service in Red Bud as a mechanic and bus driver for 23 years. It was not uncommon for kids who are now grown up to come up to him in public and ask if he remembers them and tell him that he was their favorite bus driver. Bill was very proud to have been the bus driver for his first Great Grandchild before he retired.

Bill was loved by so many people throughout the region. His witty sense of humor is what truly set him apart and his warm heart and kindness was infectious. Bill will be greatly missed but he will be forever remembered by all.

Memorial donations are suggested to Parkinson’s Research and will be accepted at the funeral home and church.  For more information please visit www.leesmanfuneralhome.com.