Those are the major differences this year as Homecoming Week continues today at Ste. Genevieve High School with students wearing tie-dye clothes and the traditional powder puff football game this evening at 6:30 p.m.

“We want Homecoming Week to be a unifying experience,” student council president Adalynn Taylor said. “Attending school on different days of the week has made it difficult to come together as a school and to really experience the year as a group even though we understand why it has to be this way right now.

“Our goal for these experiences during Homecoming Week is to build a sense of togetherness in a safe, responsible way,” Taylor added.

The royal court already has been named.

Haley Dimercurio and Tanner Weiler have been selected as the junior attendants. Tessa Grass and Jacob Johns are the sophomore attendants, and Hope Schmelzle and Russell Clayton freshmen attendants. 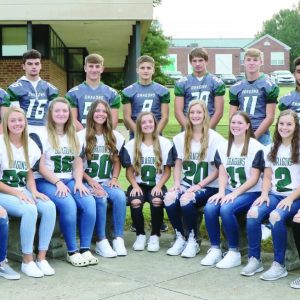