Another potential complication may have arisen over Jeanette Wood being named director or administrator of the Ste. Genevieve County Health Department.

Now another statute has cropped up that casts more doubt on things.

It seems to suggest that members of boards of directors of  county entities may not take a paid position with that entity until they have been off the board at least one year.

Wood has been on the health department board, submitting her resignation last week, to accept the director position.

Officials may not “Perform any service for consideration, during one year after termination of his or her office or employment, by which performance he or she attempts to influence a decision of any agency of the state, or a decision of any political subdivision in which he or she was an officer or employee or over which he or she had supervisory power,” according to the fifth paragraph.

“The person you appointed was a board member a week ago,” Nelson said to health board member Jim Brumfield, who was attending the commission meeting. “This statute seems to say they have to sit out one year before they can take employment with the health department.”

Nelson is seeking opinions from the Missouri Secretary of State’s legal department and from the  Missouri Attorney General’s office, to be sure. 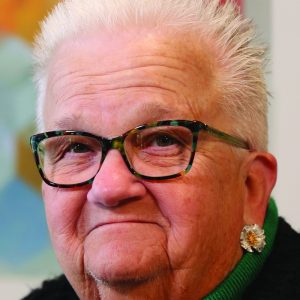 “I do not recognize or validate her appointment,” he said.

Nelson also continued to wonder why statutes seem to call for the commissioners to appoint health administrators, but not ambulance directors or other board-appointed positions.

“We’re not qualified, in my opinion, to search for and hire a health department director,” Nelson said.”But that’s what we have to do.”

It was suggested that this could be because statutes give the health administrator or director the power to mandate certain things, such as isolation of individuals with infectious diseases.

“One says we have to do it; another says you can do it,” Nelson said. “Which one’s right?”

He said the commissioners do not have the authority to decide which of the apparently contradictory statutes should take precedence.

“I’m not wanting to sound hard-nosed,” Nelson said. “We’re confused as hell. One statute tells  us to do this, one tells you to do this.”

And, of course, the latest statute put a cloud of doubt over the entire situation. Ivan Schraeder, the county’s attorney, does not believe Wood can take the position.

“Our attorney, who has been a county attorney for over 30 years, and is considered the expert in that area,  says she can’t do it,” Nelson said. “But, I want an official opinion from Jefferson City. Whatever the attorney general decides is what we’ll do.”

“I am going to remain in my stated position that I do not consider the appointment as valid, subject to change by an interpretation by the attorney general,” Brumfield said.

Nelson said the commission is not accepting the health board resignations of Wood or Brumfield, who also turned one in, “until we see how this plays out.”

Earlier in the meeting, Wood was there and gave a update on the COVID-19 situation.

She said two new positive cases had been recorded  the day before (Sept. 9), pushing the total since March to 153.

The county had 18 active cases, with four pending. Wood explained that terminology, beginning with “active” cases..

“What that means is, they’re called daily, they’re under quarantine and they’re monitored by the department as far as symptoms, she said.

“There are four probable. Now, what that means they didn’t get tested, but thy had symptoms and were in direct contact with someone [who tested positive].”

She added that 3,391 had tested negative for the caronavirus.

“So, what does that say to you about our county?” she asked. “I think that when people say 153 and say, ‘Oh, my God,’ because when this started in March, we stayed, not even in the teens. So now we’re gradually getting up.”