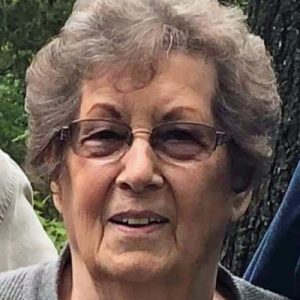 She was married to Kenneth H. Haas on January 5, 1962 and he preceded her in death.

In addition to her husband, she was preceded in death Bby her father, Paul Nadler, and her mother, Luella (Krausz) Cox.

She was a member of VFW Aux, Hospital Aux. and she attended First Presbyterian Church.  She enjoyed quilting, sewing, reading, puzzles, Cardinals baseball, and her fur baby, Snow.

Memorials can be made to in lieu of flowers to the Ste. Genevieve Sheriff Office Animal Control, 5 Basler Dr. Ste. Genevieve, MO 63670 or Am. Heart Association, 460 N Lindbergh Blvd, St. Louis, MO 63141

There were no services