After two months on the job, Toby Carrig is starting to feel at home in his new role as director of tourism for the city of Ste. Genevieve. Unfortunately, tourism is anything but normal in 2020, thanks to the COVID-19 pandemic.

Carrig came to Ste. Genevieve in 2011 to replace the retiring Jean Rissover as Herald editor. Two years later he bought the newspaper from Janet Mace and ran Ste. Genevieve Media, LLC until March 2020, when he sold out to Better Newspapers, Inc., of Mascoutah, Illinois. He remained with the Herald as general manager until mid June.

“I’ve enjoyed the last 10 years in Ste. Genevieve,” Carrig said. “It’s similar to the small town where I grew up (Little Falls, New York) with the emphasis on history and an appreciation for a strong work ethic.

“While with the Herald, I tried to manage the paper in a way that was objective and fair, and I think that helped me build good relationships with most people in the area. I’m looking forward to a role that promotes the events, activities and history we have in Ste. Genevieve.”

The tourism position came open in November 2019 when Sandra Cabot resigned. Several candidates were interviewed in early March, but no one was hired.

Later in the summer, Carrig said he was encouraged to apply. He did, and was offered the position.

It is a change of pace for the long-time journalist.

Carrig started writing for newspapers in upstate New York as a teenager, and spent 35 years in the newspaper business.

He moved to Missouri in December 1988 to work for what was then a daily newspaper in Festus, the News-Democrat. The paper, which was part of the Suburban Journals of Greater St. Louis, was folded in late 1989 but he stayed with that company through 2001 working in various roles at offices in south St. Louis, West County, Illinois and Jefferson County. He was managing editor for the Journals in Illinois and in Jefferson County.

Carrig then worked five years for the Southeast Missourian, including as sports editor and as editor of its regional sports website.

He also worked at newspapers in Beaumont, Texas, and – prior to coming to the Herald – Palmdale, California.

It has been a difficult time to break into the tourism field this year, with pandemic lockdowns and fear of travel both prevalent.

“Obviously, this is challenging time for the tourism industry around the world,” Carrig said. “Some of the projections I’ve seen recently believe it will take a few years for tourism in the U.S. to be back to 2019 levels, so that does present issues for those businesses and non-profit organizations depending on people traveling.”

He is optimistic, however, about Ste. Genevieve being in a better position than many tourist destinations.

“I think the consensus is that day trips (staying near home), road trips (as opposed to flying), and attractions in rural environments are going to be the more popular trend for travelers, so while we will be affected, it may be less so than some places,” he said. “People do seem to be traveling here more now than they were at the beginning of June. Many visitors are coming from the St. Louis area or Southern Illinois on the weekends, and there are a surprising amount from further away who are taking extended road trips.” 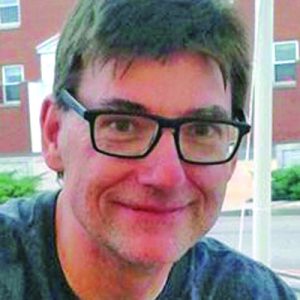