Doug and Kathy Schweiss of Festus, Missouri, announce the engagement of their daughter, Emma Schweiss, to Matthew Gardner, son of Steve and Stacey Gardner, of Lenexa, Kansas.

She is employed as a material analyst at Honeywell.

The prospective groom is the grandson of  the late Sam and the late Mary Gardner and of Mary Vincent and the late Ray Vincent. He is a graduate of Saint James Academy, Class of 2012, and the University of Missouri College of Engineering, Class of 2016

He is employed as a process engineer at Dupont.

An October 3, wedding is planned at Saints Philip and James Catholic Church in River Aux Vases, with Father Greg Klump. 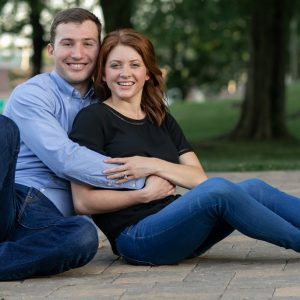