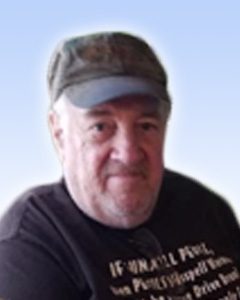 Daniel G. Lando, of French Village, passed away on July 21, 2020 at Mercy Hospital Jefferson at the age of 69. He was born in Edwardsville, Illinois on November 3, 1950 to the late George and Ethel (Finkey) Lando. In addition to his parents, he was preceded in death by his niece, Tracey Jenkins and brother in law, Robert James Young.

Daniel proudly served his country and retired after 30 years as a United States Marine Corps veteran who served in the Vietnam War as an aviation mechanic. He also worked as a service recruiter for the Marines. After retiring from his military service, he was employed as a security officer at Mercy Hospital Jefferson for many years. Daniel was the founding member and former chief for the Goose Creek Fire Department and served as a member of the St. Francois County fire investigation unit. He was also a former member of the St. Francois County Dive Team. He enjoyed fishing, canning, woodworking and small engine repair.  He will be fondly remembered and dearly missed by all who knew and loved him.

A visitation was held on Monday, July 27. Service was also July 27 at Cozean Memorial Chapel. Interment with full military honors to follow at Jefferson Barracks National Cemetery. Memorial donations may be made to St. Francois County Backstoppers or Ozark Firefighters in care of Cozean Memorial Chapel.   View the online obituary and share your condolences at cozeanfuneralhome.com.