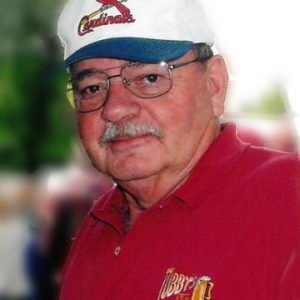 Donald F. Winston of Saint Charles, Missouri, passed away at the age of 81 on Tuesday, July 14, 2020. He was born June 1, 1939, in Ste. Genevieve, a son of Joseph and Leona Winston. In addition to his parents he was preceded in death by his siblings, Joe “Boots” Winston, Jim Winston, Tom (Vicki) Winston, Mary Wilson, and Shari (Jess) Drury.

Donald proudly and honorably served his country in the United States Army Reserve and was a member of the American Legion. He was a faithful parishioner of St. Peters Catholic Church in St. Charles who was also involved with the Knights of Columbus. Donald was an outdoors enthusiast known for his avid love of fishing, hunting, and playing horseshoes. His grandchildren were always on Donald’s mind and he took great pride in watching them as they grew and participated in their extracurricular activities. Donald will be remembered and missed by all.

Memorials may be made in Don’s name to The Alzheimer’s Association or SSM Hospice.