Breakdown Shakedown will be the third feature band of the Ste. Genevieve Chamber of Commerce’s Summer Concert Series, this weekend. 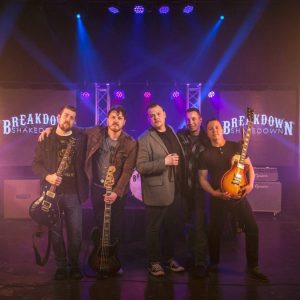 A Top 40/rock and roll cover band, the group promotes itself as playing music “from Led Zeppelin to Maroon 5 and Chris Stapleton to Eagles,” noting that, “There’s a flavor for every taste.”

It was formed in 2014, operating out of St. Louis, and has gradually gained a strong reputation for putting on a good show.

“We’ve been quietly working the St. Louis circuit since then, building our name and following as organically as possible,” a group spokesman told the Herald. “We pride ourselves in a tight, live show that provides everyone in attendance an opportunity to sing along to their favorite songs and dance their week away.”