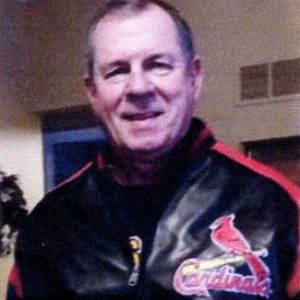 He was the son of the late George and Cordula “Corky” (Naeger) Huck, the loving father of Nicholas (Katey) Huck; cherished Papa of Ava; loving companion of Annie Steck; dear brother of Ron (Gerry) Huck, Mary (Dick) Gettinger, Dan (Jody) Huck, Jim Huck, Cindy (Vic) Krahl and the late Dotty Huck. Marvin was a fun-loving uncle of 16 and great-uncle to numerous, they all loved him.

Marvin was a member of the sports collectors digest and card collectors club. He worked in the security industry, where many of his clients became his friends. He proudly served his country in the United States Navy, and he was the recipient of three Purple Hearts, including a Bronze and Silver Star. Marvin was a member of the St. Charles VFW Post 2866, the UMSL alumni, and he also volunteered his time with Big Brother and Big Sisters.

Arrangements were handled by the Hutchens-Stygar Funeral Home in St. Charles on July 8, 2020. A funeral Mass was celebrated at St. Joseph’s Catholic Church in Cottleville, Missouri. Internment was at Jefferson Barracks National Cemetery with military honors. Memorial contributions have been suggested to the Gary Sinise Foundation.