Despite some concerns expressed by a neighbor, the Ste. Genevieve Planning and Zoning Commission approved Audubon Development LLC’s request to set up a recreational vehicle [RV] parking lot in and behind the current parking lot across North Main Street from Audubon Grill and Bar.

The commission approved two separate requests. One  allowed an RV park to be added as an acceptable land use in a C-1 Commercial District and in a L-1 Light Industrial District within the municipal zoning regulations.

The second requested a special use permit to operate such an RV park at the parking lot at 30 N. Main.

Both passed by 6-0 votes, with two members absent.

RV and camper parking has been a need that has been discussed by various local entities over the years. As noted during the meeting, it is also covered in the city’s comprehensive plan.

William Robison, however, needed some persuasion that it would not be a nuisance. Robison has bought the former Inn St. Gemme Beauvais next door to the lot and is restoring it. He plans to turn around and sell the circa 1848 building, originally built by Felix Rozier. He expressed concern about noise issues and other possible problems.

Robison said he would like to see the plan, worrying about noises and smells.

“I do have my concerns,” Robison said. “After just buying the place in January and putting $40,000 into a historical place and then find out an RV park is coming right next to my house. I think I should be concerned with that.”

He said he had traveled the country and had seen a lot of RV parks.

“Sometimes they get out of hand, without rules and regulation, partying and everything,” he said. “This is a national park, a historic area. We don’t want to do anything to degrade the area after we’ve kind of built it up so much. That’s the reason I moved down here, because of the quietness and the feel of the small town.”

David Bova, community development administrator, noted that it is “obviously not something meant for a residential zone,” with possible generator noises, traffic and more.

A light Industrial District, he felt, would be best for such a park, with special use permits required. 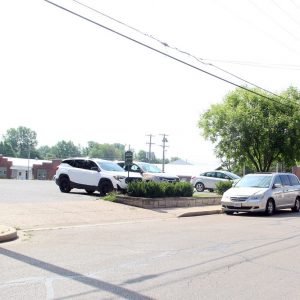