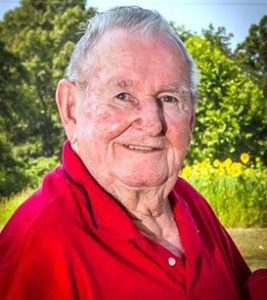 Leroy C. Zerwig of St. Mary died Friday, July 3 at Riverview at the Park Care and Rehabilitation Center in Ste. Genevieve. He was 90 years old.

He was born August 5, 1929 in Ste. Genevieve. He married  Annabelle K. (Ritter) Zerwig on September 10, 1955 and she survives him in St. Mary. He is also survived by two daughters, Patty Schaaf and her husband Kevin, of Saint Mary, and Vickie Barrett and her husband Patrick, of Maryland Heights, Missouri; two sons, Ron Zerwig and his wife Sue, of Ste Genevieve,  and Brian Zerwig of St. Mary; grandchildren Lorena Zerwig, Olivia and Anna Barrett; and sisters  Arneda Lalumondier and her husband Lester, of Ste. Genevieve, and Joann Schweiss and her husband Art, of Nixa, Missouri.

He was preceded in death by his father, Frank T. Zerwig, his mother,  Ida M. (Herzog) Zerwig, and sisters  Gladys Jokerst and Dolores Shuh.

Private services will be held. Memorials can be made to Crown Hospice, Sacred Heart Church or masses

He was a member of American Legion Post 554 and served in the United States Marines during the Korean War as an MP.  He was an accomplished boxer and martial artist, he was cheerful in all circumstances and never boasted about his accomplishments.  He spent many years farming and retired from the Missouri Department of Transportation.  He enjoyed hunting, spending time outdoors and bird watching.