Ste. Genevieve aldermen passed an ordinance on first and second readings, allowing the city to pay $9,530 in engineering fees to Cochran Engineering to replace a collapsing retaining wall at Washington and Fifth streets during a short regular meeting last Thursday.

The contract includes $3,540 for construction oversight.

Ward 2 Alderman Bob Donovan questioned the need for this.

“It’s up to you. I recommend it,” city administrator Happy Welch said, “based on what we’ll potentially get into with the street. We can do the management ourselves, but it’s nice to have that extra layer of somebody else looking at the project, as well, that has drawn it.”

“As close as that is to somebody’s property, I don’t think it’s a bad idea,” Mayor Paul Hassler said.

The collapsing concrete wall, believed to have been built about 1936, is falling over. It is located on the Washington Street side of property at 199 N. Fifth Street.

The board had agreed at a previous work session to replace it with another concrete wall, estimated at $27,885 by Cochran Engineering. It was the most expensive of four options, but was judged to be the best long-term solution.

Washington Street is being undermined near the wall and will need repair, as well.

The votes were unanimous.

The board also approved a first reading of a bill that would create a handicapped-parking zone on the south side of Roberts Street, west of Third Street.

It also passed an amendment to an ordinance on sale of alcoholic beverages, increasing the percentage of alcohol allowed, so that wine may be sold.

A third ordinance was also passed on first reading, renewing the city’s policy of “procedure to disclose potential conflicts of interest and substantial interests for certain officials.” It is a state requirement that must be passed every two years. 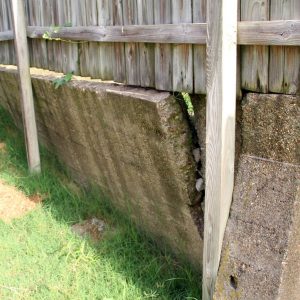