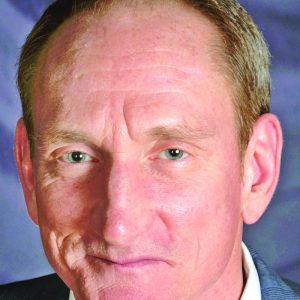 Joseph A. Farrow of Ste. Genevieve died on Saturday, June 6, 2020, at his home. He was 56 years old.
He was born February 3, 1964, in Cape Girardeau, a son of Charles Truman Farrow and Elsie (Moore) Farrow.
He was married to Connie A. (Koehler) Farrow on July 29, 1995. and she survives in Ste. Genevieve.
In addition to his wife, he is survived by one son, Erick B. Carlson of Phoenix, Arizona; two sisters, Pat Fornkohl and her husband Eldon of Cape Girardeau, Elsie Allen-Farrow of Orlando, Florida; one brother, Christopher Farrow of Sedgewickville, Missouri.
In addition to his parents, he was preceded in death by two brothers, Charles Farrow, Michael Farrow; and one sister, Margaret Farrow.
He was a member of Knights of Columbus Council 1037. He was a professional engineer and a project manager professional. He graduated from Missouri University of Science and Technology in Rolla. He had his private pilot license to fly Cessna airplanes.
Funeral services took place Friday, June 12, at the Church of Ste. Genevieve. Rev. Edward Nemeth officiated. Burial will be at McClain’s Cemetery in Cape Girardeau County at a later date. Basler Funeral Home of Ste. Genevieve handled the arrangements.
Memorials may be made for family use.