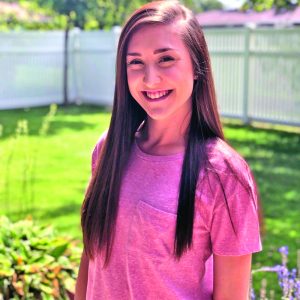 Mineral Area College (MAC) has awarded the Henry Y. Cashion Memorial Award for Radiology Excellence to Jessica Schweiss.
The honor recognizes exceptional performance by a radiologic technology student for the entire two-year period of enrollment.
The award is given to the graduating student who has maintained academic excellence, outstanding clinical performance, and a professional rapport as defined by fellow radiologic technologists. It is named after Mr. Henry Y. Cashion, R.T., who founded the program in 1983 as a direct result of the severe shortage of registered technologists in the rural area of southeast Missouri. Cashion was the program director for the school until his retirement in 2004.
Schweiss, of Ste. Genevieve, is graduating the radiology program at Mineral Area College this spring with a 4.0 grade point average.
After completing her classroom training at MAC and clinical training at Ste. Genevieve County Memorial Hospital, Schweiss plans to cross train and work in computed tomography.
(Information in a release from Mineral Area College.)