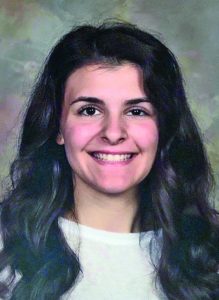 Valle Catholic High School announced that junior students Gage Heil and Hannah Fowler were selected for Missouri Boys and Girls State 2020.
Heil is the son of Jeff and Kelly Heil. Fowler is the daughter of Brent and Laura Fowler. They were nominated by Valle Catholic staff.
This hands-on programs take place at the University of Central Missouri in Warrensburg. More than 1,000 students attend on consecutive weeks in June. The purpose is to promote pride in America and to create a mythical state that the citizens will govern at the city, county and state level. The programs feature speakers who serve as leaders in Missouri government or hold important offices at the local level. It draws together the best and brightest high school juniors to help lead them down the path of individual success and leadership through “doing,” not just learning. This year’s events were canceled by the coronavirus threat.
Heil was sponsored by the American Legion Post 150. Fowler was sponsored by the American Legion Auxiliary.
(Information from Valle Catholic Schools and program websites.)