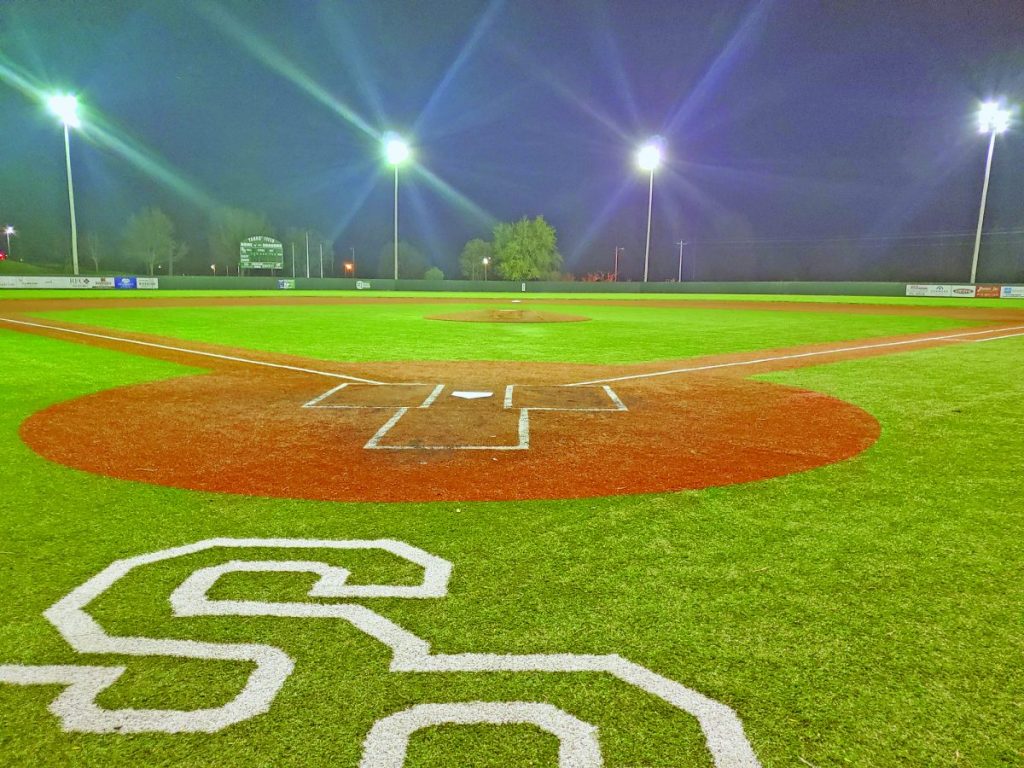 The lights at Yanks Field were turned on Friday at 8:20 p.m. — 20:20 military time — to honor members of the Class of 2020, who are not able to play spring sports in their senior seasons due to coronavirus pandemic. (Photo courtesy of Jeff Nix, Ste. Genevieve R-II School District athletic director)

The event that local high school spring athletes feared would happen actually took place last Thursday.
The spring sports season officially was called off by the Missouri State High School Activities Association.
About a week before the spring sports season began, schools closed for three weeks to help combat the spread of COVID-19. During this time no organized practices, games or other after-school activities were allowed to help comply with social distancing guidelines.
Shortly before the original stretch ended, the closures were extended for a few more weeks. Missouri Governor Mike Parson announced last Thursday that schools will remain closed for the rest of the academic year. That announcement essentially canceled proms, graduation ceremonies and the spring sports season.
Shortly after the announcement many school leaders through Missouri found a way to honor their respective seniors.
To honor the Class of 2020, baseball fields and other athletic facilities turned on the lights at 20:20 military time (8:20 p.m.) and kept them on for 20 minutes.
Locally, Ste. Genevieve’s Yanks Field and Leon’s Field were under a new kind of Friday Night Lights, while Valle’s Father John Dempsey Field also turned on their lights at the time. The Valle football field also had 20s on the scoreboard, including the time that stayed at 20:20 and a 20 under the Valle and Guest locations on the board.
While people were not allowed to gather in large groups directly, the community was encouraged to drive by the facilities and stay in their vehicles if they happened to be away from home at that time.
The lighting of the facilities at 8:20 p.m. will continue on every Friday through May 15, which would have been graduation weekend. 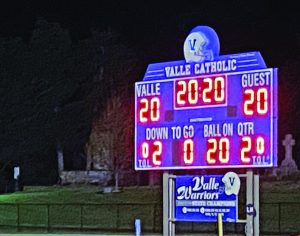 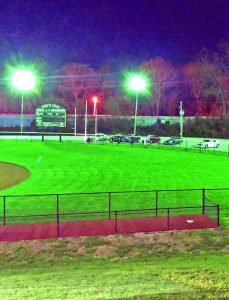