Social distancing was forgotten for a moment on Friday morning, and hugs were exchanged in the courtroom of the Ste. Genevieve County Courthouse as an important chapter in the murder of Aaron Armantrout came to a close.
Susan J. Skaggs, aka Susan J. Armantrout, pleaded guilty to the Class A felony of murder in the first degree in the December 14, 2018, death of her estranged husband. She told the court she shot Aaron Armantrout that day after he came home from work. She said they had a verbal argument.
She was sentenced to life in prison without the possibility of probation or parole. And $68 in court costs, assessed to the state.
Charges of armed criminal action and abandonment of corpse were dropped as part of the deal.
Her guilty plea and sentencing was the second of the morning, as Anthony L. Skaggs, her son, entered a guilty plea to the Class E felony of tampering with physical evidence in a felony prosecution.

Anthony L. Skaggs, her son, entered a guilty plea to the Class E felony of tampering with physical evidence in a felony prosecution. 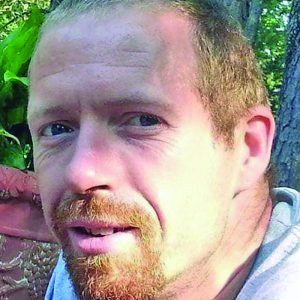 Aaron Armantrout was murdered in December of 2018. His wife entered a guilty plea on Friday and was sentenced to life in prison without possibility of probation or parole. (Herald file photo)