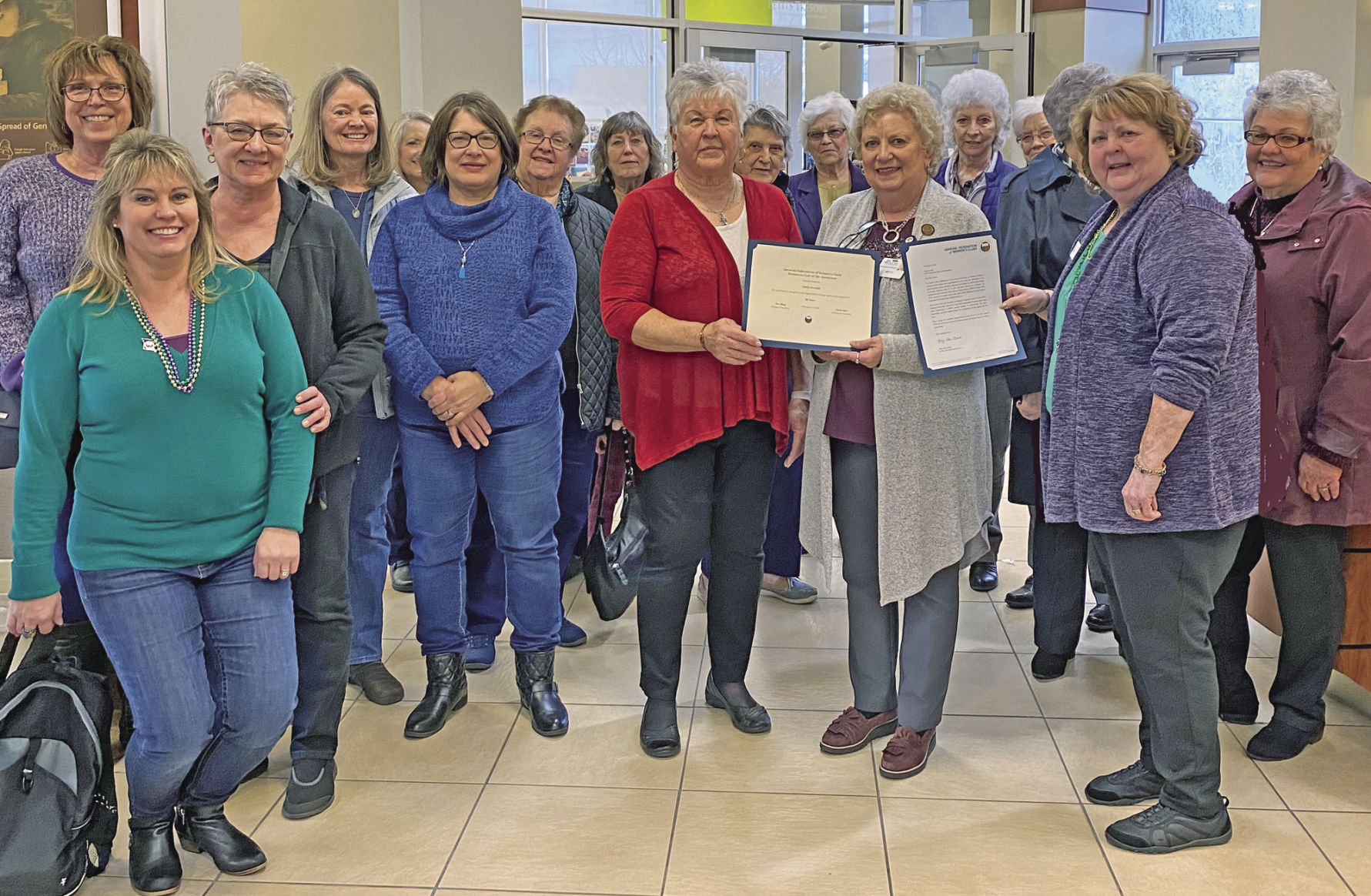 February’s meeting of the GFWC Woman’s Club of Sainte Genevieve took place at the Ste. Genevieve Golf Club house, made festive by bright Mardi Gras colors of purple, green and gold, which was not just on the table decorations but also on the clothes worn by club members.

For those who forgot to wear those colors, there were beads for that.

The after-lunch speaker was JoAnn Schremp of Reading Express, who gave those gathered an update on the important program, which has a goal of establishing a love of books in very young children. The program has expanded to Canada, United Kingdom, Ireland and Australia. More than 100 million books have been distributed since the program started in 1995. Children who receive books and are read to do better in recognizing letters on their way to learning to read.

Schremp thanked the Woman’s Club for its $100 annual donation.

“It’s because of generous donations like yours that we are able to continue this program,” Schremp said.

Judy Gustafson, GFWC Missouri president-elect, gave a report on the Phoebe Jane Ess Loan, an interest-free loan of $2,500 for college tuition which can be paid off over time. The latest recipient, a granddaughter of a club member, will receive her bachelor’s degree in health this spring.

To encourage very young women to become future members, club members were asked to invite daughters, granddaughters or nieces to this meeting. A sundae bar was provided as an extra incentive. The youngsters patience they displayed in waiting until the speakers had finished was duly rewarded.

At the beginning of the tour, club member Betty Arnold was honored for her 50-year service anniversary. Arnold received a certificate, personal congratulatory letter from GFWC International president Mary Ellen Brock and a 50-year pin. Arnold served as president of the Ste. Genevieve club from 1973 to 1975.

For more information on the Woman’s Club, contact president Naomi Glassey at 314-630-9896.

(Information in a release from the General Federation of Women’s Clubs [GFWC] Woman’s Club of Ste. Genevieve.)