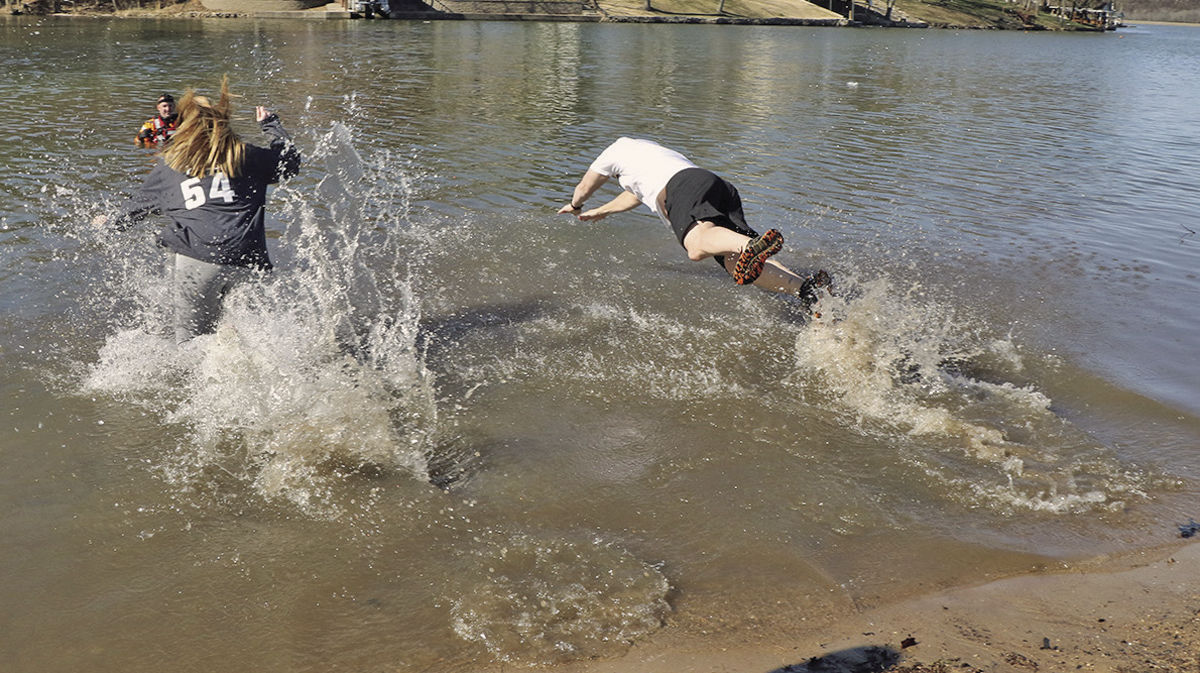 The third annual Ste. Genevieve County Polar Plunge took place on February 29 at the Lake Forest Estates Marina, and this year, a record amount of $21,494 was raised.

Since the event took place on Leap Day, the theme for this year was #LeapinForAReason. Teams registered to take the plunge and have their sponsorship added to the t-shirt.

Because the event surpassed its goal of $20,000, special education teacher Kristi Cleghorn and superintendent Dr. Julie Flieg took the plunge as well.

“It was cold and a bit miserable,” Cleghorn said after the plunge. “But it was so inspirational to see our community support our students in these events that they enjoy so much.”

The donations go toward purchasing five athlete uniforms, unified basketball team shirts and a round-trip bus ride to the Southeast Missouri track and field competition. The donations also cover families’ weekend hotel stays for the Missouri State Games of the Special Olympics at the University of Missouri and sponsor the Jellybean Conspiracy and the bus ride to Mizzou for the State Games.

LafargeHolcim and the Ste. Genevieve County Community Center were the platinum sponsors, donating more than $1,000.

Brett Shuh of the West County EMS and Fire was on hand to provide cold-water rescue.

Scooter Burgers served food, and tours of emergency vehicles were available for the kids.